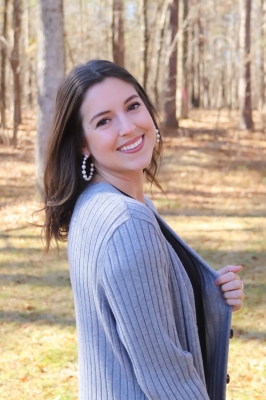 The board of directors announced Haley Greene will join Main Street Wetumpka on July 1 to take over the role after longtime executive director Jenny Stubbs recently stepped down due to familial obligations.

Originally from Georgia, her passion for the Main Street program and small businesses began in her role with Uptown Columbus, Inc., a decades-old organization responsible for the management and
coordination of revitalization initiatives throughout the area. Most recently, she worked as the Arts
Program Coordinator for the City of South Jordan community outside of Salt Lake City, Utah.

“Downtowns are the heartbeat of our country and community. I am grateful for the opportunity to serve
the downtown stakeholders and community members, promote and preserve the historic district, and create a vibrant and welcoming destination for all,” Greene explains.

Greene understands the importance of continuing the momentum and progress for the non-profit
organization, now seeing a significant uptick in foot traffic, along with national attention, after being
featured on HGTV’s Home Town Takeover, a series highlighting the importance of preserving America’s
small towns.

“It is an honor to be selected to lead the organization into this new and exciting season. I’d like to extend
my sincere appreciation to Jenny Stubbs, the board of directors, and the City of Wetumpka for trusting
me to take this wonderful organization to the next level.”