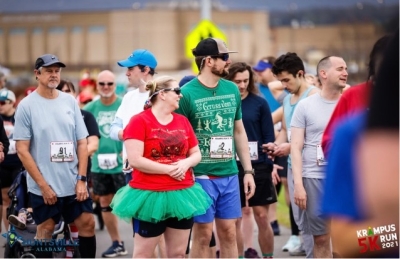 South Huntsville Business Main hosted their annual Cookie Crunch, an event where customers sample cookies when visiting participating businesses. The cookies were also judged by a panel and winners were celebrated on social media. In an effort to celebrate the German heritage of South Huntsville, we hosted the inaugural Krampus Run on Dec 18th where participants enjoyed a family-friendly event complete with Krampus photos and warm soup from a local food truck. South Huntsville Business Main ended 2021 with a Holiday Member Social and enjoyed socializing with other members at The DoubleTree Suites in South Huntsville. 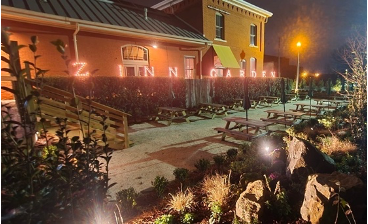 In 2021, 4 new businesses opened in downtown Alexander City. Phase one of the music project has been completed with speakers mounted on the light poles. The events including the Pumpkin Patch, Downtown Trick or Treat, Harvest Market, Breakfast with Santa, and Downtown Christmas were all huge successes. Stock and Trade Design Company will be opening their sixth location in the historic Froshin’s building.

Downtown Anniston had a successful year in 2021 with 8 new businesses, 17+ new jobs, 24 total property improvements, and over 23 popular events. In one week, Main Street Anniston awarded $7,500 for façade repairs and upgrades, thanks to the Downtown Development Authority’s Façade Grant program. The City of Anniston recently announced that they have closed on the deal with Norfolk Southern to acquire ownership of all the land necessary to complete the Anniston portion of Chief Ladiga Trail. Cycling is such a huge component of Anniston’s ecotourism and this will be a great development for the area. Coldwater Mountain Brew Pub recently opened and is already a great asset to the downtown. Noble Street Festival and the Sunny King Criterium returns on Saturday, April 9th as Anniston celebrates its 20th year hosting the King of All Crits! 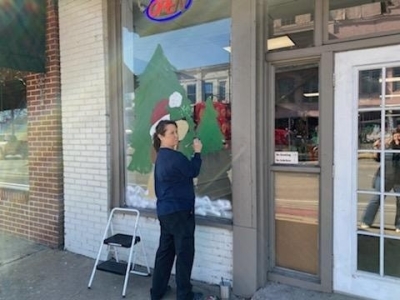 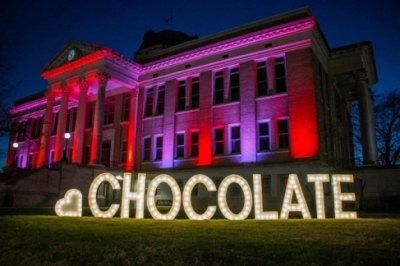 Athens Main Street held its 9th Annual Chocolate Walk Saturday, February 5th. This event is designed to draw patrons into downtown to shop Sweet Deals during a traditional downtime for retailers. The event is limited to 300 tickets and sold out within 23 minutes. Programming in Merchants Alley has already proven to be a success, with Happy Hour hosting musicians every Friday from April 1st through July 1st. 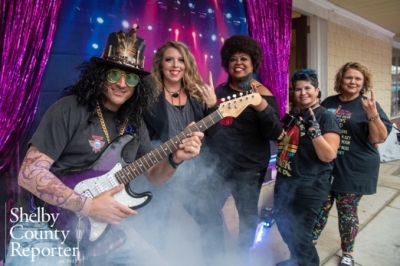 Sasha Johns joined Columbiana Main Street as Executive Director on February 7. CMS celebrated the installation of a new mural in the Alley with the help of high school students. CMA also hosted several successful events, including a Farm to Table dinner, Monster Walk and Witches Ride (for Halloween), a 5K race, and Music on Main (a series of concerts on Main Street). The city recently funded a facade grant program for business and property owners for improvements. 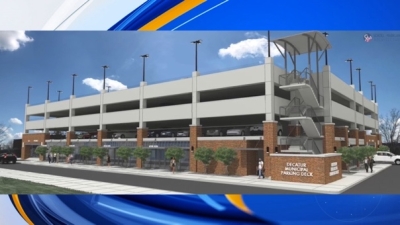 Decatur recently announced plans for Fairfield Inn & Suites by Marriott to be built at the Main Street intersection. Breaking ground in Spring. This will be the first hotel to truly be located in the heart of downtown since The Amberly closed almost 7 years ago. The City also announced plans for a public parking deck downtown with retail on the first floor. Will break ground Spring/Summer and the Alabama Center for the Arts is building a four-story dormitory downtown to accompany the Main Street campus with construction starting this Summer.

Elba Main Street recently partnered with the Smithsonian Institution and its Museum on Main  Street program to bring the traveling exhibit Water/Ways to Court Square at the Elba Theatre.  Elba has also completed the half-million-dollar ADECA Façade Grant to Court Square. 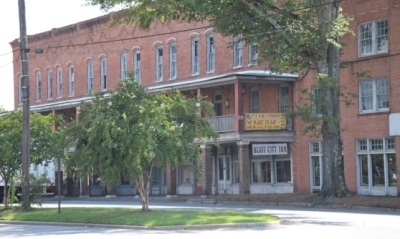 uildings around Bluff City Inn in downtown Eufaula are being demolished. None are historically significant, but this is a wonderful start to a sore eye. The estimated completion of the project is 2023. 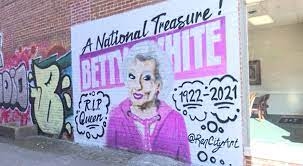 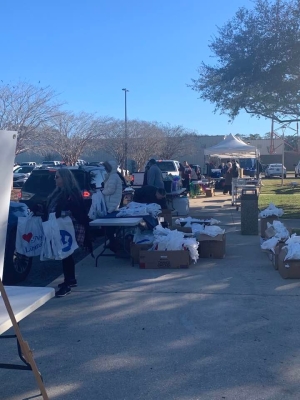 Foley Main Street wrapped up 2021 with a very successful Turkey Hunt with 2,388 entries and a successful Inaugural Christmas Open House called Christmas Lagniappe    which will now be an annual event. The New Year was kicked off by welcoming the "snowbirds" to Foley. The event was kept as a drive-through coffee since Omicron made its presence. Over 600 "snowbirds" participated in the drive-through. Four new businesses opened in December and January and have two more poised for their debut. Earlier this year, over $25,000 in Facade Grants were awarded to property and business owners. 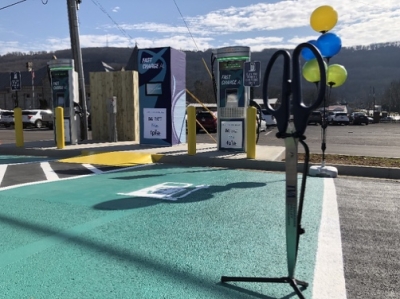 Fort Payne received the first 2 EV fast chargers from a grant received by FPIA/TVA from  the State. They are located on Main Street in the parking lot next to the Fort Payne Main Street Office. The units will likely bring visitors to the district where they will likely shop and dine while there to charge their vehicles.

In Gadsden, the city installed new Christmas decorations that were purchased from Dixie  Decorations in Montevallo in downtown 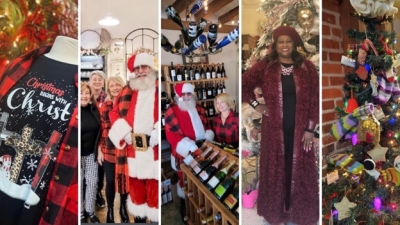 Gadsden. On November 26, merchants and restaurants celebrated Plaid Friday. Plaid Friday was born out of a recognition that the frenzied nature of Black Friday may not be for everyone. The event was created in Oakland, California, to transform holiday shopping for family and friends into a more connected, pleasurable activity than Black Friday. Plaid Friday promotes the diversity and creativity of local and independent businesses. On Plaid Friday, customers are urged to shop locally and enjoy choosing gifts in a more leisurely fashion. Additionally, downtown merchants and restaurants all reported great sales for November and December. Usual events such as Christmas Open House, Girls’ Night Out, etc. were also very successful. Click to watch Downtown Gadsden's Inc.'s Plaid Friday promo.

Headland Main Street is glad to announce Adrienne Wilkins as the new, official Main Street Director for the program. She also has welcomed to the team in Headland Briana Burgess, who will serve as the Economic Development Assistant for the city and the Economic Vitality chair for the program. HMS has also received a grant from the Alabama Council of the Arts for a "Barber Shop" Mural to be started this Spring. 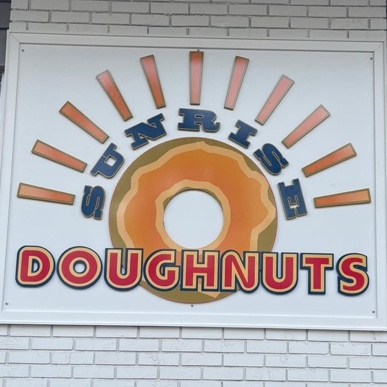 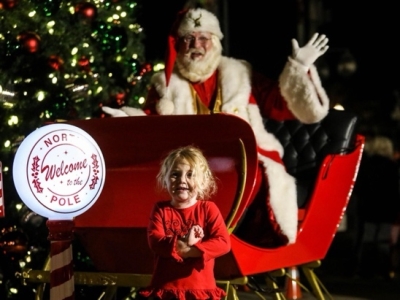 Opelika Main Street hosted the annual "Christmas in a Railroad Town" event on December 10. The event drew roughly 3000 people into downtown.  Additionally, Opelika Main Street also recently received 2 grants from the Alabama Power Foundation, one for new trees at the Kilgore Scholarship Pocket Park and the other for additional downtown wayfinding signs. Check out coverage from "Christmas in a Railroad Town" on WTVM. 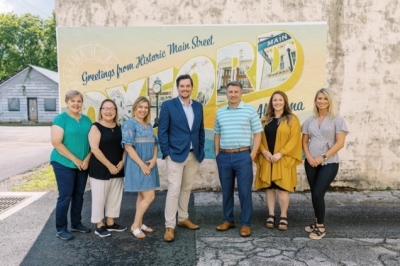 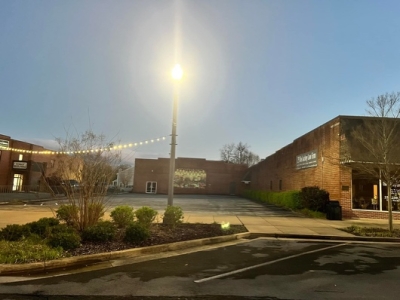 Main Street Scottsboro has been working on its Strategic Plan for the year. The Design Committee is working on a lighting project that will go around the entire square. This project involves stringing lights above the sidewalks from light poles to the buildings. The Economic Vitality Committee is working on setting up a monthly meeting with all the business owners in the district; the goal is to get the businesses more involved. The Promotions Committee finished the schedule of events for the year and excited to be bringing back Salsa on the Square. This year celebrates the 120th anniversary of Trade Day in Scottsboro; this is Alabama's longest-running vendor fair, so we have a lot of fun things planned throughout the year to celebrate Scottsboro's history! The historic photo trail is also completed with pictures show what the downtown looked like back in the 1900s-1970s and gives visitors and locals a glimpse into the rich history of Scottsboro and Jackson County. 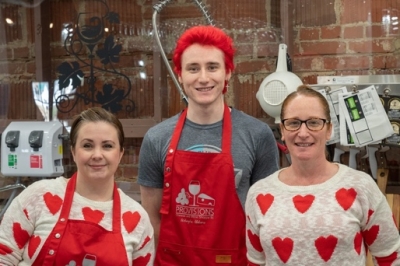 Main Street Wetumpka's promotions committee hosted the first Galentine's on Main. The event is a girl's day of shopping & fun in downtown Wetumpka.  The design committee is working on the Fall Line Park project which is going to be the final stop on the Tulotoma Snail Trail placemaking project. The design committee is also working to get speakers installed to play music and add to the ambiance of our historic business district. The economic vitality committee is working to transform the Tourist Trap back into a small business incubator. Four new businesses are opening within a few months, these businesses include a specialty pet shop, a handmade/custom jean store, a pizza restaurant, and a new coffee shop.